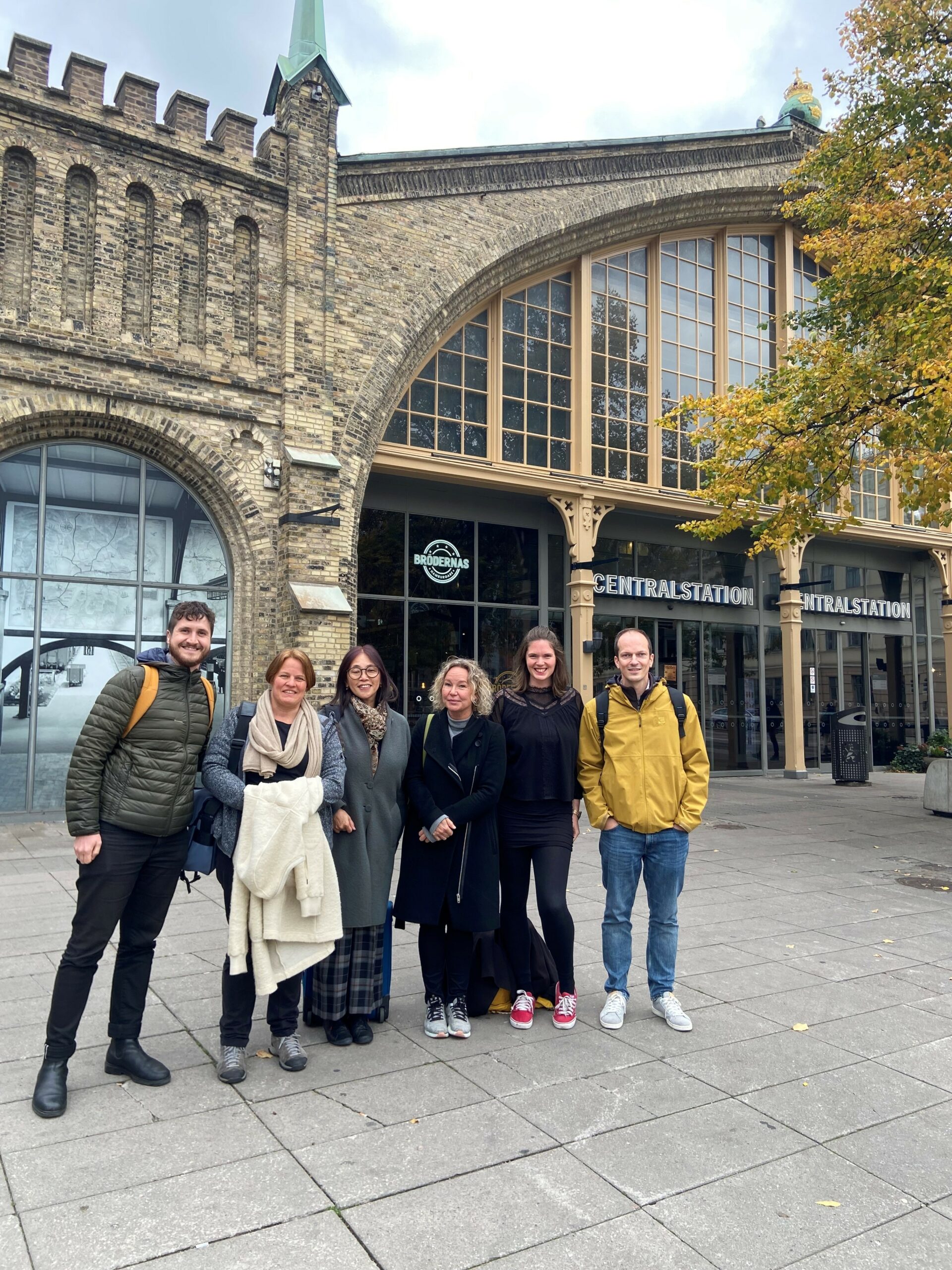 In mid-October most of the team met face to face for the second time this year. This time the meeting took part in the coastal city of Gothenburg, in the west of Sweden, and was hosted by the partners at the University of Gävle.

The team which was present in Gothenburg consisted of partners from three of the projects organisations: Research Institute for Regional and Urban Development (ILS), University of Gävle (UoG), and University College London (UCL). Those from the Municipality of Genoa (CDG) joined via video link.

On the first days, we visited the two case study areas of Kungsladugård and Södra Kortedala. Both are suburban areas, within 20 minutes of the centre by tram. The former is built mostly in the early 20th century and the latter in the mid-20th century, and there are significant differences in architecture and urban planning, as well as demographics, between the two areas. UoG used routes taken during the walk along interviews to show the visiting partners the paths and areas that local residents had highlighted themselves. This showed the wide diversity in routes that people choose and how these were influenced by the built environment in which they live or work.

During the meeting itself we discussed and compared how the data collection was going in each city. We compared our different experiences of the process so far, and what we needed to do to ensure we collected enough data for each method. We continued by discussing our plans for handling and managing the data, which is our main task over the winter months, as well as our plans on how to analyse the data. We concluded the meeting by talking about the different academic articles we could publish from the project’s findings.

Our final in-person meeting will take part in Dortmund in early 2024, as a part of the concluding conference for this project.